Q: Can you elaborate on the series title, “Domestic Threats?” 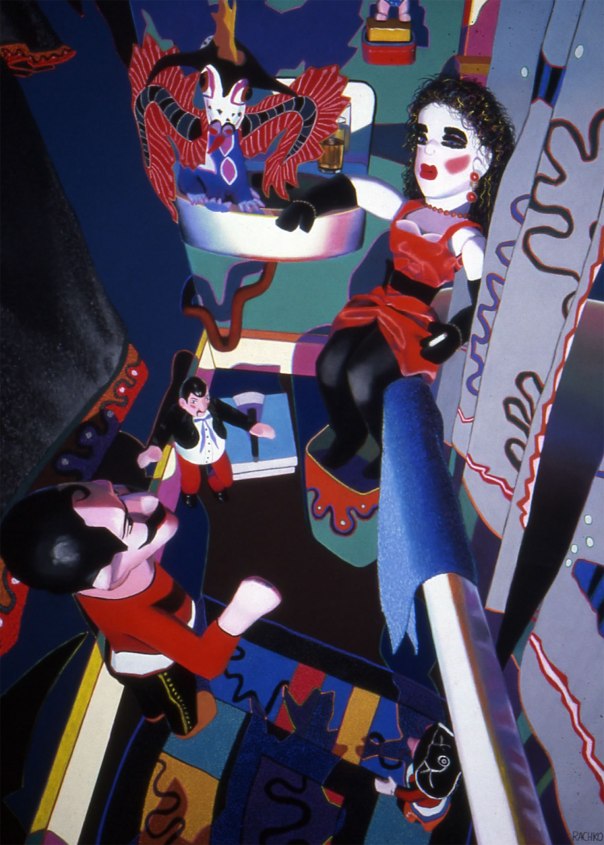 “He Urged Her To Abdicate,” soft pastel on sandpaper

A: All of the paintings in this series are set in places where I reside or used to live, either a Virginia house or New York apartments, i.e., domestic environments. Each painting typically contains a conflict of some sort, at least one figure who is being menaced or threatened by a group of figures. So I named the series “Domestic Threats.” Depending on what is going on in the country at a particular moment in time, however, people have seen political associations in my work. Since my husband was killed on 9/11, many people thought the title, “Domestic Threats,” was prescient. They have ascribed all kinds of domestic terrorism associations to it, but that is not really what I had in mind. For a time some thought I was hinting at scenes of domestic violence, but that also is not what I had intended. “Domestic Threats” seems to be fraught with associations that I never considered, but it’s an apt title for this work.