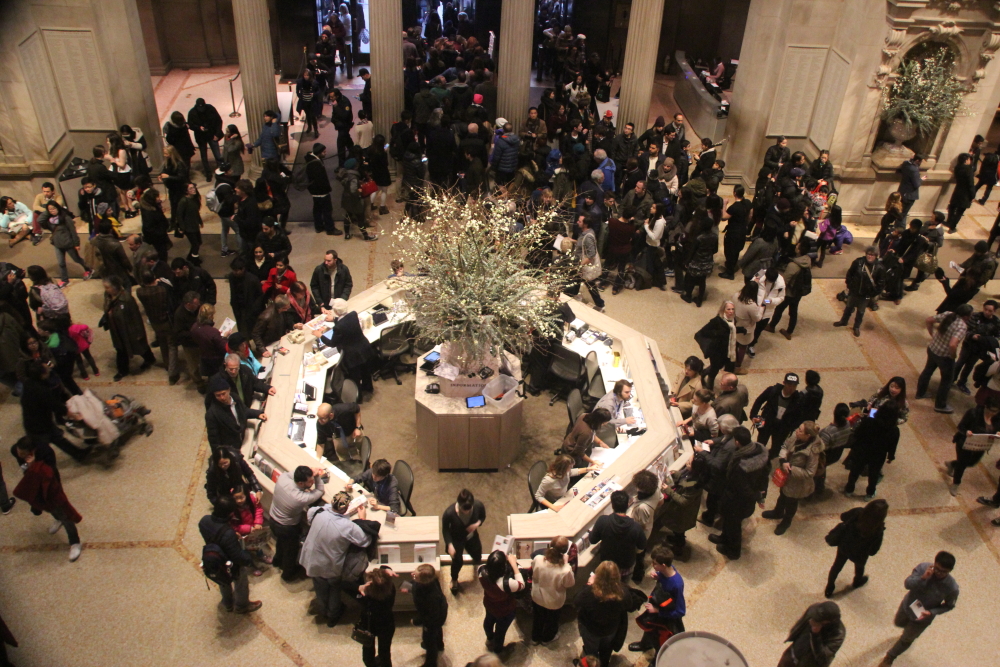 The Great Hall at the Met

* an ongoing series of quotations – mostly from artists, to artists – that offers wisdom, inspiration, and advice for the sometimes lonely road we are on.

Science is concerned with the general, the abstract, and the knowable.  In contrast, art deals with the particular, the unknowable, the singular.  This applies not just to the content of artistic works but also to the way this content is received.  Even in the case of a film or concert attended by large numbers of people, the artistic experience remains fundamentally a solitary one.  Each one of us lives the work alone.  Whatever sense of togetherness accompanies the experience comes precisely from the fact that, faced with the singularity of the aesthetic moment, each percipient feels his aloneness before the radical mystery that enfolds us all.  Wherever an act of creation is shared with others, then, there is individuation – not just for the author of the work but for the audience too.  The singularity of art awakens us to our own singularity, and through it to the singularity in the Other.  I have argued that artifice unifies by imposing an univocal image that replicates itself identically in each spectator.  True art tears the spectator out of the mass of sameness, calling forth from the numberless crowd a new people and a new communion.

J.F. Martel in Reclaiming Art in the Age of Artifice:  A Treatise, Critique, and Call to Action